Logout! di Notes From Below

The end of the beginning
By CALLUM CANT and JAMIE WOODCOCK.

At the Logout! conference in 2018, both of us gave talks about what we were calling at the time, the “emergence” of struggle in platform capitalism. At the time, we had seen a spate of strikes on platforms in the UK and Europe. These involved geographically-tethered platforms – in which workers need to be in a particlular place, delivery or driving for example. The most prominent of which were at Deliveroo and Uber. However, at the time we gave these papers, the first strike of Deliveroo workers in London had already taken place two years before.

Since then, we have seen strikes in South Africa, China, the establishment of the Transnational Courier Federation, and a new kind of coordination with service workers in McDonald’s. In the last six months alone we have had three nationally-coordinated strikes involving thousands of workers including the early stages of coordination with other industrially-linked workforces. There was also a wave of protests and strikes across the world in the run up to Uber’s IPO. These are not the actions of a workforce finding its feet, but of a workforce that has begun to wage a widespread, intense, and prolonged struggle.

What has taken place is a huge attempted decomposition of workers by capital. Taking Uber as an example, drivers who may have previously worked for a local taxi company now find themselves as bogus self-employees engaging with a multinational platform. Along with many other workers drawn onto the platform due to the promise of flexibility – or lack of employment options elsewhere – they are now part of a workforce that is estimated to be around three million. As Uber has sought greater amounts of venture capital, it has also savagely driven down wages and tested and refined new forms of algorithmic management. Unlike the diverse and disconnected taxi companies, these decomposition has also created shared conditions among many workers logging onto the Uber app. These have forged new international connections through which tactics and strategies are being shared, laying the basis for a powerful new recomposition of platform workers.

The end of “emergence”

In this piece, we argue that the period of “emergence” of class struggle in platform capitalism is coming to a close – in geographically-tethered work at least. While we continue to chart struggles as they happen on Notes from Below, we also want to consider what developments we can expect to characterise the new phase of struggle that is opening up. To do so, we think that there are three possibilities:

First, workers are beginning to form industrial connections along the supply chain and within the platform itself. Platform workers exist within the cities that they ride or drive in, while their labour process connects them to both consumers and other service workers. In London, UberEats drivers who regularly wait for orders at McDonald’s have begun to forge these connections in the downtime between work. As the “emergent” phase involved platform workers connecting with each other at meeting points, we expect more of this cross role solidarity as organising becomes more widespread.

Lorenzo Cini and Arianna Tassinari have noted the connections between the struggles of food platform workers and warehouse workers. Within the Italian workers movement, the struggle of migrant logistics workers has been a significant development, now feeding into struggles elsewhere. In the UK, no experience comparable to that of Italy has emerged out of attempts to organise warehouses within distribution centres. The connections between the Deliveroo and warehouse workers are closer than they may first appear, albeit operating in different contexts. This new terrain of production is overripe.

Platform workers are not the only people who work for the platform. As TWC have shown, there is an increasing awareness amongst tech workers of the implications of what they build at work. Many of these actions have focused on the role of imperialism so far. As tech workers become more aware of their connections to society, the likelihood of solidarity with other workers they relate to increases. This has already happened with tech workers helping canteen and other support workers to organise, but does bring increased risk as it strikes at the core of the platform business model.

At present, the new and alternative unions are proving successful, but lack the capacities and resources of the mainstream trade unions. Which of these forms of organising becomes dominant is part of the moment of political recomposition – each of which has challenges and opportunities. For example, greater resources from mainstream trade unions could intensify the struggles as well as share experiences within the wider labour movement, but also brings the risks of bureaucratisation and lack of democracy.

Third, this new phase of struggle is one that potentially involves a development of political composition. This could mean new organisational forms, as well as innovative tactics and strategies. One key way that this could be moved forward is the raising of demands beyond the relatively economistic ones that have dominated so far. While pay remains an important contention for platform workers – particularly with falling rates and worsening bonuses in many places – there are other issues that can mobilise workers.

In the UK context, housing struggles are continuing to pick up speed. The past few years has seen the growth of the London renters union, Living rent, and ACORN renters’ unions. These three unions have yet to be the subject of the same kind of sustained inquiry as platform work, but rent continues to operate as an incredibly widespread antagonism between classes. However, the extreme atomisation of modern urban life, combined with the the collapse of occupation communities and the expanding distance workers travel to get to work, means that this vital antagonism is currently experienced in isolated ways.1 Geoff Eley’s history of the socialist movement gives the slum neighbourhood equal weight with the factory.2 The second front of social dispossession could not be ignored in the era of the factory district, where neighbours were colleagues. We can even less ignore it today. Rent is everyone’s problem – and by struggling on the terrain of social composition, that collective ‘everyone’ can be recomposed into an antagonist of capital. The latent potential for links between the struggles of the wider urban working class and platform workers has yet to be developed, but instances of community picketing (such as the blockade of Deliveroo dark kitchens might be the first step in an ongoing cross-fertilisation.

Towards the next phase

As we move into this new phase of struggle in platform capitalism, we hope to see more and more workers opting to “log out.” Their refusal has become a widely publicised moment of class struggle, drawing attention to how workers can still fight in new kinds of workplaces. At present, there are many possibilities unfolding for the future direction of these struggles. What will become key is the connection of these workers along supply chains, the successful forms of organisation, as well as connections beyond the workplace.

However, one thing is clear for now: we need to stop talking about resistance as emerging in platform work!

Resistance is clearly already happening, from Deliveroo riders in London, Uber drivers in Bangalore, to Meituan workers in Guangzhou. A working class recomposition is rapidly under way. The key question now is understanding what forms of struggle can be successful beyond the short term and how these can be generalised more widely by the working class, both logging off platforms and breaking away from capitalism more broadly. 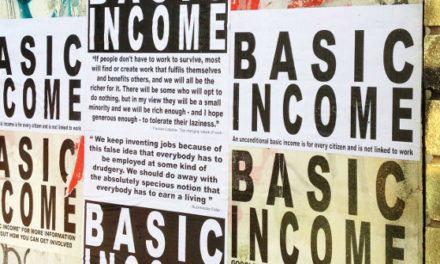 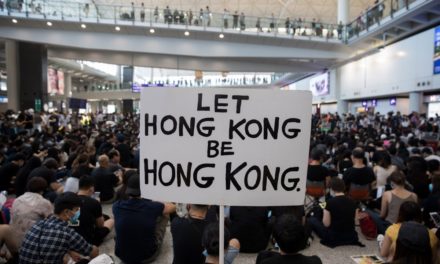 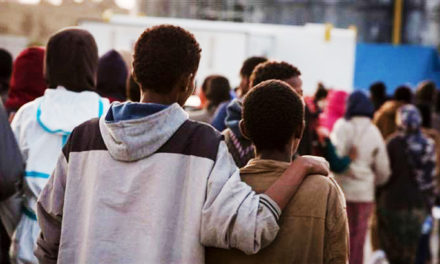 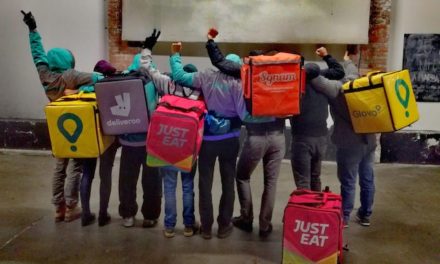