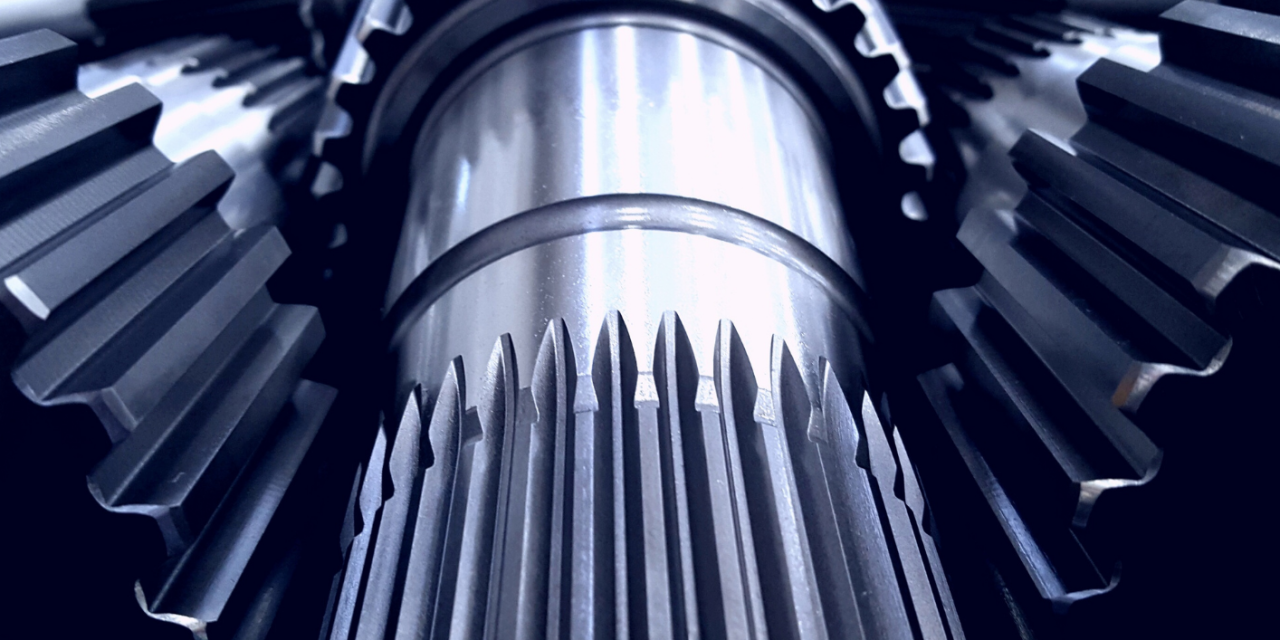 On 27 October 2021, the budget put forward by Portugal’s ruling Socialist Party (PS) was voted down by the Portuguese Communist Party (PCP) and Left Bloc (BE), resulting in the dissolution of Portuguese parliament, the collapse of the government and an early general election. The subsequent national ballot, held on 30 January, saw the PCP and BE lose half their elected positions while the PS gained an absolute majority. The PCP fell from 6.33% of the vote to 4.39%, the BE from 9.52% to 4.46%. Although the polls showed an increasingly close race between the PS and the centre-right PSD towards the end of the campaign, on election night the former surpassed its 2019 performance by five percentage points – enough to elect more representatives than every other party combined. Its 41.5% gave the PS 119 seats out of a total 230. Turnout rose by almost 10%.

This means that for the next four years, the centre-left Socialists, led by prime minister António Costa, will be able to govern without the need to negotiate with the two main parties to their left. The day after the election, the CIP (Confederation of Portuguese Business) issued a statement welcoming the result and declaring its intention to present ten major proposals to the government, suggesting changes in fiscal policy and the social security system. The implication was clear. Whether or not the PS follows these prescriptions to the letter, the state will now be more susceptible to capitalist influence, both domestic and international. The so-called geringonça has come to an end.

The geringonça, or ‘contraption’, was the name given to the political solution that emerged from the 2015 legislative elections, in which no party received the necessary vote share to form a majority. Although the PS won fewer votes than a coalition headed by the PSD, it was able to form a government thanks to the support of PCP and BE representatives. Their confidence-and-supply deal with the PS brought to an end the administration led by Pedro Passos Coelho (PSD), who, since 2011, had implemented the Troika’s austerity agenda. The geringonça – an arrangement unprecedented in Portugal’s democratic history – suffered its first setback in the 2019 elections, when the left parties’ vote share declined and their joint legislative programme with the PS was not renewed. From then on, the PCP and BE voted with the government on a case-by-case basis.

Now that the geringonça’s gradual decline has given way to its downfall, it is worth recalling the origins of the term. In a parliamentary debate in late 2015, the former deputy prime minister Paulo Portas remarked, ‘This isn’t a real government, just a kind of contraption.’ The left proudly appropriated the insult and divested it of its disdainful implications. It was indicative of a specific historical moment, when old fissures between the ‘moderate’ and ‘radical’ left seemed less relevant, and new political experiments seemed necessary to rupture the austerity consensus. Six years later, the situation is different. The PS’s priorities are more remote from those of the PCP and BE. The cooling of relations seen in 2019, when the three parties abandoned their formal parliamentary agreement, has since morphed into open hostility.

The PS blames the end of the geringonça on the supposed extremism and intransigence of its partners. According to the Socialists, the PCP and BE were insisting on including a number of impossible demands in last year’s budget, such as raising the monthly minimum wage to 850 euros and repealing labour laws introduced by the previous right-wing government. For their part, the PCP and BE attributed the geringonça’s breakdown to the PS’s desire to govern from the centre – which, so they said, prompted António Costa to engineer the failure of his own budget to precipitate a political crisis and snap election.

It is difficult to make sense of the surprising election results, not least because we still do not have the data from exit polls carried out on election day. We do not know, for example, which parties PS voters supported in past elections or who benefitted from the increased turnout. However, there are various indications that many of those who previously supported the PCP or BE have now switched to the PS. This shift was already apparent from polling conducted after the failure of the budget, which suggested that the PS’s line had more cut-through. Yet this trend seemed to accelerate in the final period of the election campaign, in response to news that the PSD was progressively eroding the PS’s lead, raising the possibility of a right-wing coalition. Left-wing voters were evidently spooked by the prospect of a geringonça of the right, bringing together the centre-right PSD with smaller parties like the ultra-neoliberal Iniciativa Liberal (IL) and neofascist Chega.

Yet if tactical voting contributed to the decline of the PCP and BE, there was no parallel misfortune for the far-right. The PSD roundly failed to overtake the PS, whereas the IL and Chega emerged from the elections greatly strengthened. They increased their number of deputies from one apiece to 6 and 12 respectively. Whereas left-wing voters lent their support to the PS to ward off the right, their right-wing counterparts made no such compromises – with the result that the PS exceeded expectations while the PSD undershot them. In this conjuncture, the PS consolidated its position as the most effective instrument for maintaining Portugal’s social and political status quo. In turn, the radical right affirmed its place as the most effective force for channelling discontent.

Among the many reasons why tactical voting did not take hold on the right was the strategic nous of its new parties. Since its establishment in 2017, the IL has excelled in political communications. It has galvanized opposition to a number of specific policies – social welfare, progressive taxation – while crafting a wider platform that identifies businesses and entrepreneurship as the key to Portugal’s future structural transformation. Meanwhile, Chega has combined its attacks on the Portuguese Social Income programme and racist talking points (particularly anti-Roma ones) with an anti-elite message, presenting itself as the only party capable of making a clean break with establishment politics. In both cases, though by different means, the insurgent right has come to be seen as the sole agent of change. Its two main outlets have mobilized forms of individualism and nationalism which, in recent decades, have become increasingly naturalized in Portuguese society.

The successful manoeuvring of the insurgent right contrasted with its rivals on the opposite end of the spectrum. Although the PCP–BE opposition to the October budget was partly motivated by an immediate political disagreement with the PS, it also signalled a longer-term strategy. The PCP and BE had voted through several previous budgets in which the PS refused to countenance their core policies and dragged its feet over key promises. This caused the steady depletion of the left’s negotiating power and the erosion of its electoral relevance. The hope of the PCP and BE, in withdrawing their support for the budget, was to preserve their political autonomy while forcing a realignment in the geringonça to confront the problems of the post-pandemic era. The left parties reckoned that, if the PS had won the election but not an overall majority, it would have been forced to choose one of two paths: either reopen dialogue with its partners, or come to terms with the center-right.

This attempt to shift the centre of political gravity was an obvious failure. In the end, the price of preserving the political autonomy of both parties was higher than expected. Between October 2021 and the national ballot, the PCP and BE found themselves in an ambivalent position, denouncing the policies of the government while also seeking to revitalize the geringonça. Communicating this ambivalence to the electorate was no easy task. Many former PCP and BE voters ended up viewing them as obstructionists who had mounted a premature and – in the light of the rising of the far-right – irresponsible gamble. Hence the exodus to the ultra-‘responsible’ PS.

The poor performance of the PCP and BE has elicited two competing explanations on the Portuguese left. The first is that the PCP and BE ended up betraying their revolutionary principles by placing all their hopes in the revival of the geringonça, and are now paying the price for that betrayal. The second is that the leaderships of both parties committed a grave error in voting against the budget: a mistake that evinced their impenitent vanguardism and unwillingness to explore the opportunities for legislative reform created by the geringonça, as well as their sectarian attitude towards the PS.

To these theories we may add a third conjecture: that the problem lay not in an abandonment of revolutionary politics, nor in the leaderships’ reluctance to cooperate with the PS, but in the relationship between these two dynamics. That is to say, the gap between the left’s revolutionary ambitions and its reformist constraints could perhaps have been navigated more effectively if the geringonça, having begun as a parliamentary compromise, had become a political movement in itself.

It is worth considering how most of the ‘victories’ of the geringonça were achieved. These were, above all, the result of intra-party negotiations, in which extended parliamentary wrangling would occasionally issue in new social policies. Rather than giving fresh impetus to the social mobilization that actuated the struggle against the Troika until 2015, the geringonça established a contractual and representative relationship with voters. This gulf deprived forces to the left of the PS of alternative means of self-expression or social mediation. Indeed, it is no coincidence that the BE – whose popularity relies to a large degree on the vicissitudes of media coverage and parliamentary performances – suffered more losses than the PCP, an organization with deep grassroots support.

Meanwhile, throughout the years of the geringonça, the PS managed to build a reasonable amount of trust with the electorate. Counterposing their moderate social democratic programme to the memory of the austerity inflicted by the right, the Socialists took advantage of Europe’s economic rebound and claimed credit for the popular social policies passed with the help of their left-wing partners. In the wake of the pandemic, large sections of the population desired greater institutional stability, and the PS was best placed to provide it. Looking ahead, the left must confront the perennial question on which the geringonça foundered – how to combine institutional action with social mobilization? – if it hopes to challenge PS hegemony. 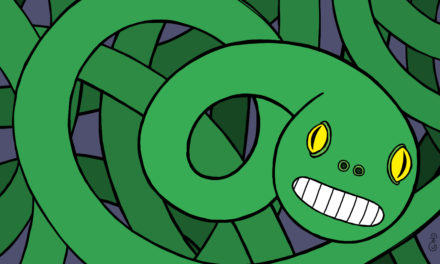 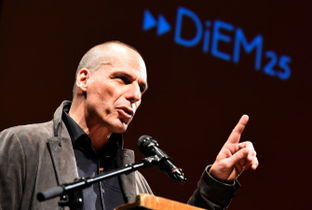 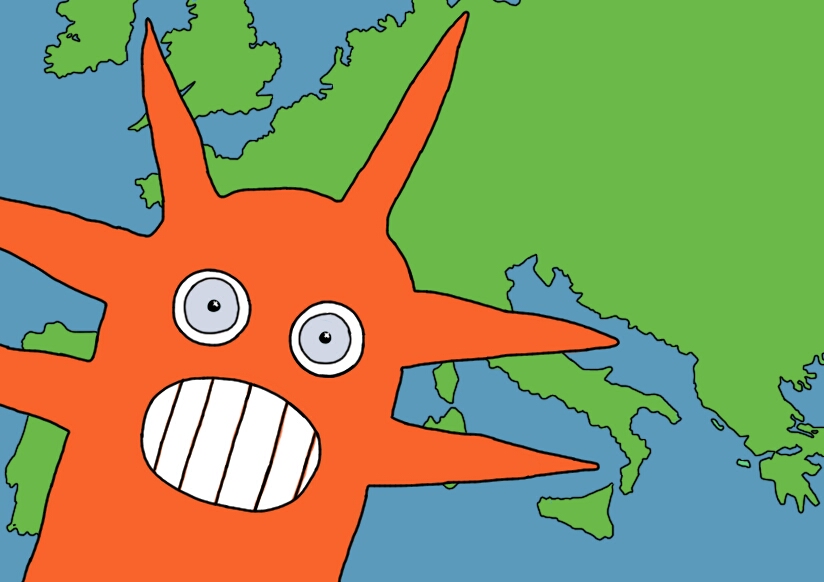 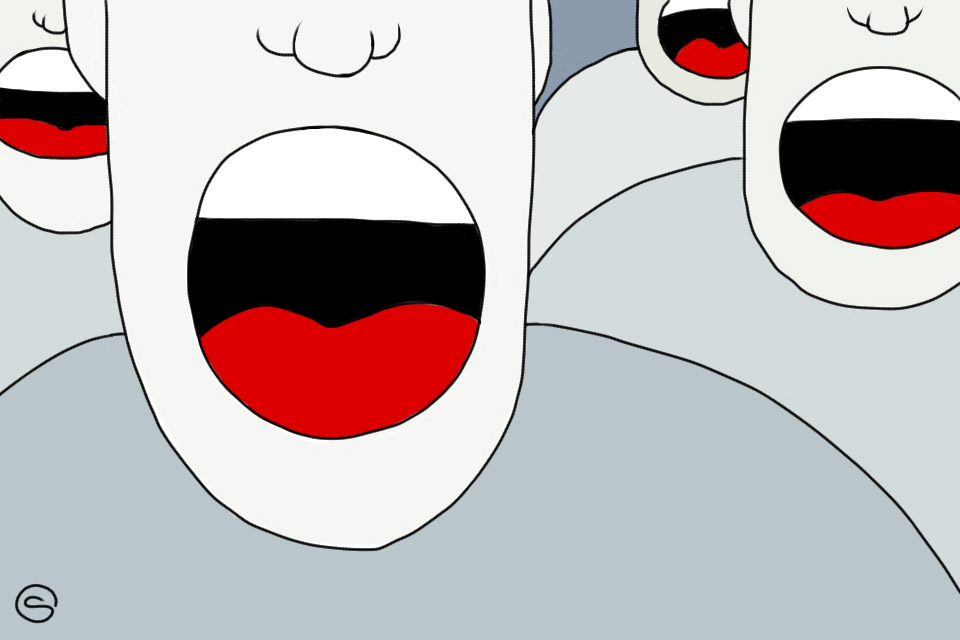