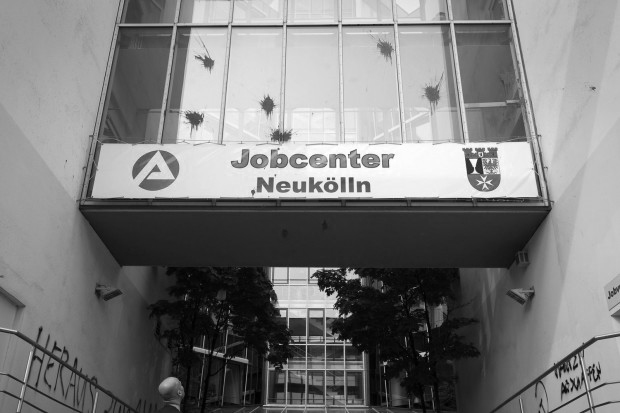 The European labor market and the welfare system it is based upon are organised in strong accordance with the German system. The austerity governments of Italy and Greece strengthen the approval of reforms that more or less explicitly recall the German Hartz reforms.

For precisely this reason a group of migrated activists from southern Europe decided to embark on a study of the “German system”, in order to attempt to explain how Germany is, according to the capitalist rhetoric, the ‘motor of Europe’, but in factual reality is the country with the most poor people on the continent.

The German welfare system, propagating a hyper-precarisation and a de-skilling of labour, is but an instrument of social control and coercion of mostly underpaid and alienated labour. Thus, the HARTZ IV reform and even more so Article 4 of the reform represent the emptiness of extraordinary promises of social well-being linked to “flexicurity”. This concept has made its way in the last years into discussions on the labour market and welfare policies as well as into new forms of capital exploitation. After the EU elections, there was diffuse news, which had been circulating like a metropolitan legend in migrant places of Berlin and Germany: namely, that the German Parliament would decide on a law to limit the access of EU citizens to welfare benefits for a time of six months and place restrictions on freedom of movement. For the migrants this results in a forced decision: to do as the Gastarbeiter (guest workers) of the 1950s (which would mean to take precarious work for €451 per month).

We begin this study by publishing a clip of the documentary “Das Schloss” (The Castle) and an interview “Commonly emigrated in Germany: precarious labour, new poverty and the welfare system Hartz IV”. Here, the system of Mini-Jobs is analysed as well as precarious labour and housing politics. We consider it fundamentally important to build and animate a transnational debate, not least with view to the Italian Semester of the UE.

In the last couple of years we began with the many difficulties of working to organise within the space of migrants in Berlin. At the outset we did this, for language reasons, amongst Italians. Now it is the case that the migrants, “for economic reasons”, are fully recognised in the metropole. 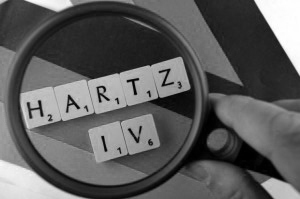 Until the last years, campaigns against so-called “welfare tourism” were broadly defined as a form of “irresponsible tourism”. Today this is a campaign of Merkel and the right-wing parties. Distinct from classical poverty migration, the contemporary political polemics brings the neologism “social [welfare] tourism” into the limelight. In a speech in the Bundestag, Merkel claimed that the “European Union is not a social union” and in doing so directly attacked, in Germany, the phenomenon of social tourism and the poverty migrations.

Our path led us to meet collectives, grassroots unions, and groups who started from various corners. We moved forward to network common experiences and tools of self-organisation.

We are talking primarily about Spaniards, Italians, Greeks and Romanians. The forms of mutualism reach from legal support and sharing experiences to the most various liberations from the threats of the JobCenter or the German system.

There are self-organised places and spaces which give migrants the possibility to organise struggles and very important, new experiences of a social, metropolitan syndicalism within and outside of labour and welfare. Each day, welfare, basic income and unemployment are discussed in Berlin. For the most part these discussions are prompted by EU migrants, which is a very rapid and interesting process and which has brought forth efficient results: questions about labour disputes in the restaurant/catering and services sectors, complaints to the JobCenter, but even the construction of a grassroots community based on cooperation and mutual support in defence against the “JobCenter” system. It is a solid subjectivisation in the metropole. It is all at the beginning, but undergoing rapid growth, and it makes a head-on affront to the German government to get moving – and moreover, an acceleration in this sense. 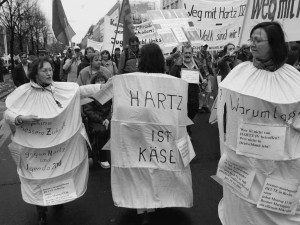 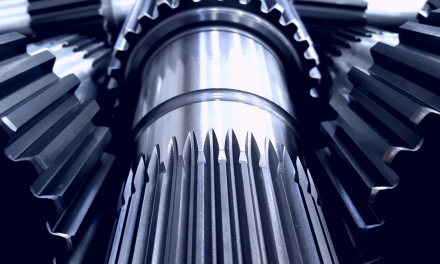 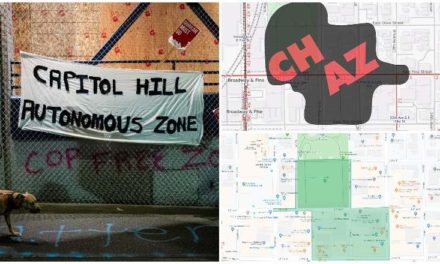 “A Political Form Built Out of Struggle”: An Interview on the Seattle Occupied Protest 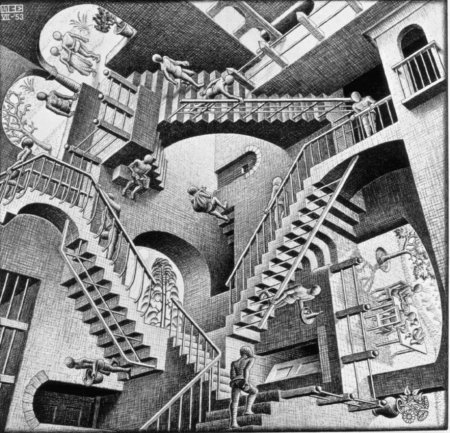