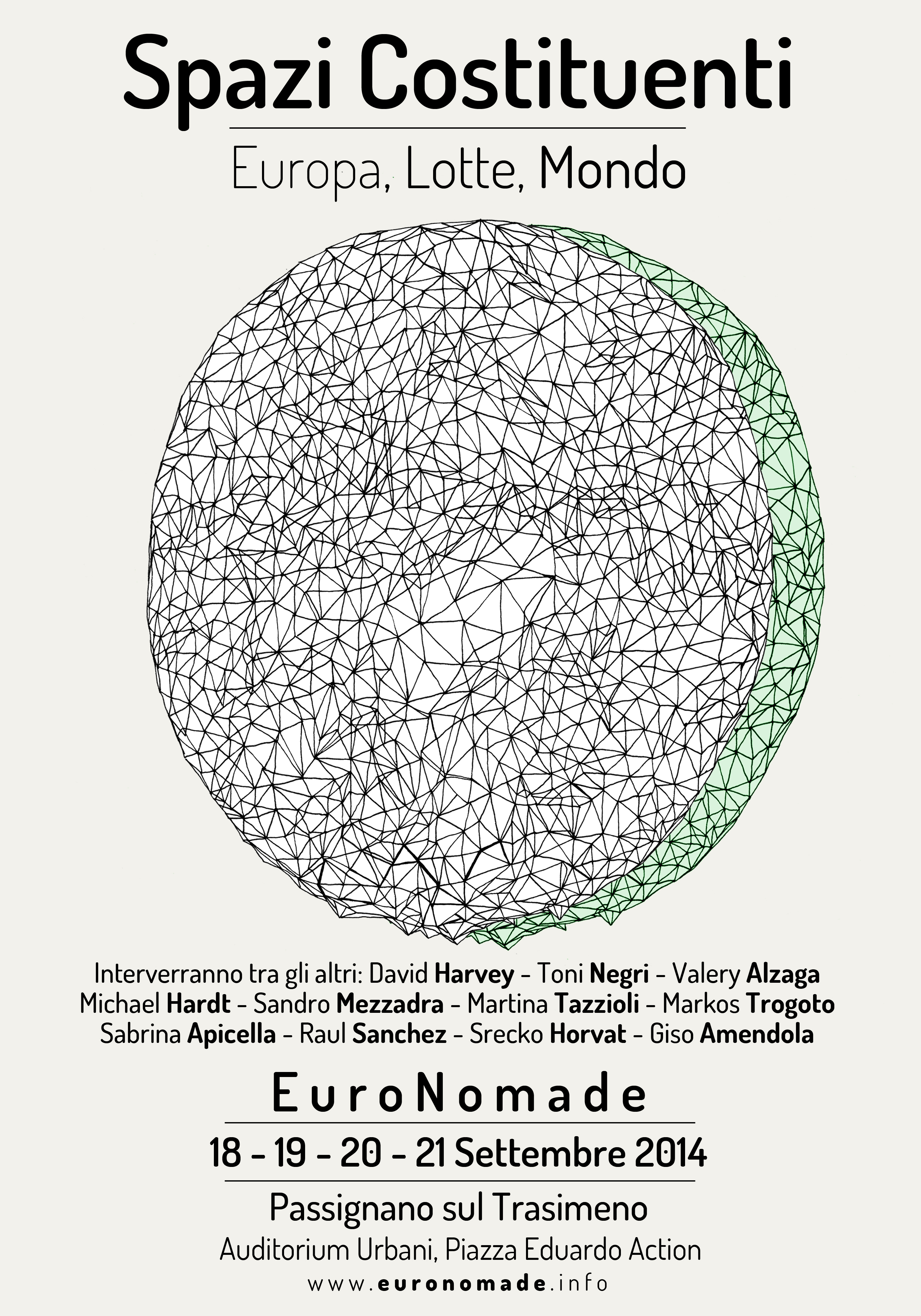 We are happy to invite you to the annual meeting organized by the EuroNomade network, to be held in Passignano sul Trasimeno on September 18-21. EuroNomade is a network of activists, scholars and researchers that has existed since 2013. Many of its members were previously part of the UniNomade network. Coming from the “workerist” and “postworkerist” tradition we aim at fostering political debates within social movements, in a way that works at the boundary between the university and political activism. We are particularly interested in asking questions about the meaning of a European subversive politics. We are therefore connected with comrades and networks in many parts of Europe, but we always try to develop our discussion within a broader framework. In this sense fostering relations outside of Europe (e.g. in Latin America and Asia) is particularly important for us. Indeed our work on Europe is part and parcel of a broader attempt to reinvent the politics of internationalism.

The Passignano meeting will be dedicated this year to two interrelated topics. We will start on Thursday, September 18, with a discussion with David Harvey. His recent work has focused on what we would like to call the “extractive” dimensions of contemporary capitalism. Although we have often critically discussed his work, we are particularly happy that he has accepted our invitation. What we want to discuss with Harvey are the different regimes and forms of what he calls “accumulation by dispossession” as well as the relation between dispossession and exploitation.

We are convinced that the discussion with Harvey, who will participate in the whole seminar, will be an excellent introduction to the topics that we want to address in the two following days (September 19-20). The first is what we tentatively call “social unionism.” By this we mean emerging forms of social struggles, which often blur the boundary between the point of production and social reproduction. The second topic is “Europe and the world,” which will have us discuss the position of Europe within the current world disorder. We are convinced that there is a strong connection between these two topics. In other words, we think that the quality and intensity of social struggles in Europe will strongly influence the position of Europe in the world, while this position will in turn have important consequences for the spaces of struggle as well as for the quality of freedom and equality in Europe. Moreover we think that there is an urgent need to reflect upon the connection between the two proposed topics in order to go beyond the predicament of the movement against the war in Europe, which was apparent in the last months in front of the multiple wars at Europe’s borders (Ukraine, Syria, Palestine…).

We really hope that you will join us in Passignano. We have invited activists and researchers from several European countries (including Germany, Spain, and Greece). There will also be a discussion about the current situation in Brazil, and more generally in Latin America, with the participation of Brazilian comrades. The format of the seminar will be mixed, with roundtables followed by discussions in smaller groups, especially on the 19th, when we expect to have an intense discussion on the perspectives of struggles in Europe next Fall. On the 21st we will close the seminar with an open assembly, where we hope we will be able to lay the basis for an even more intense cooperation for the next future. 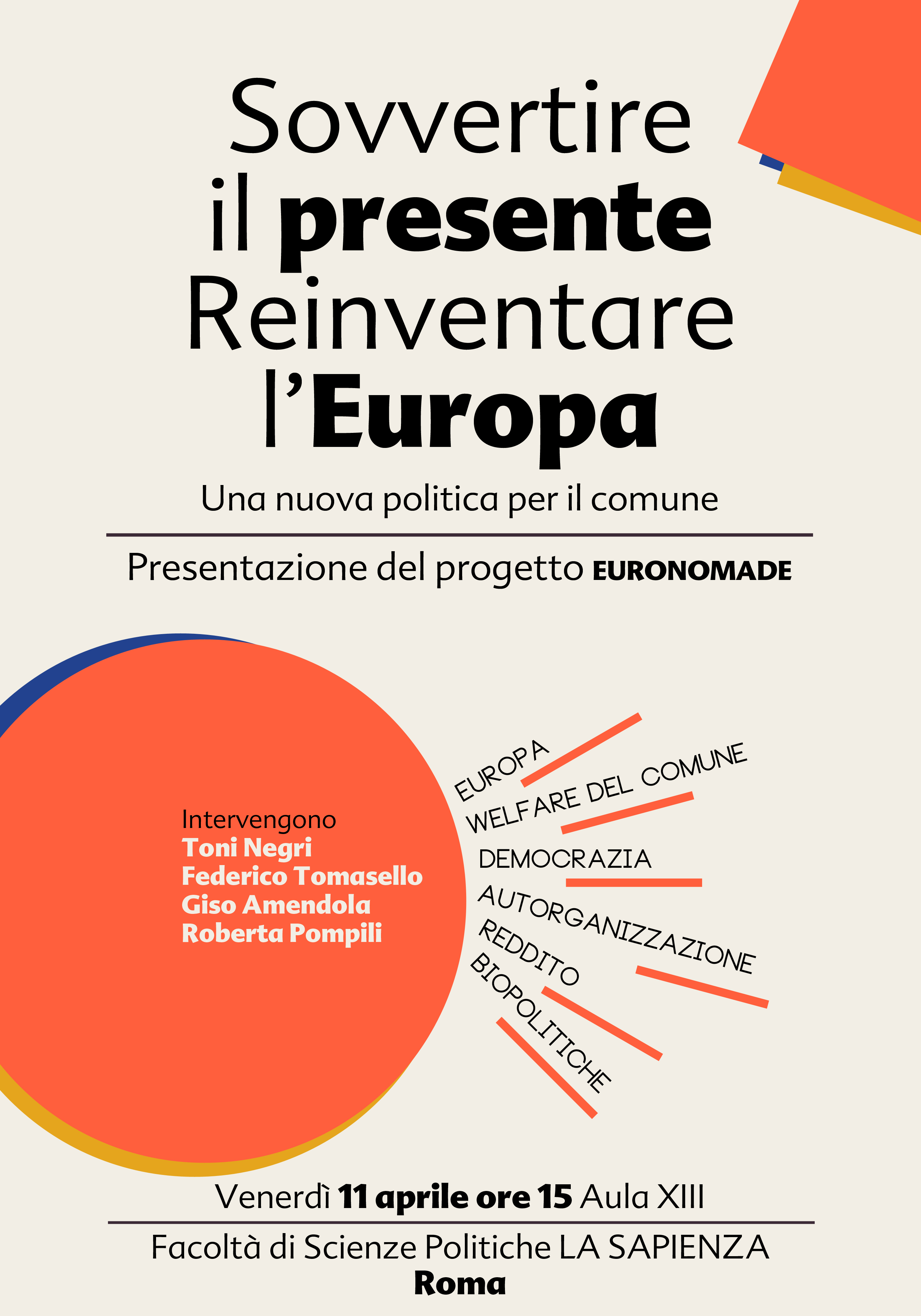 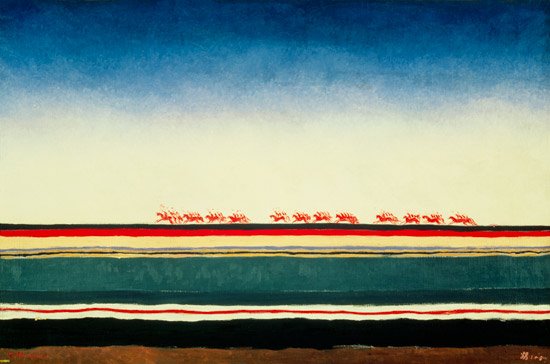