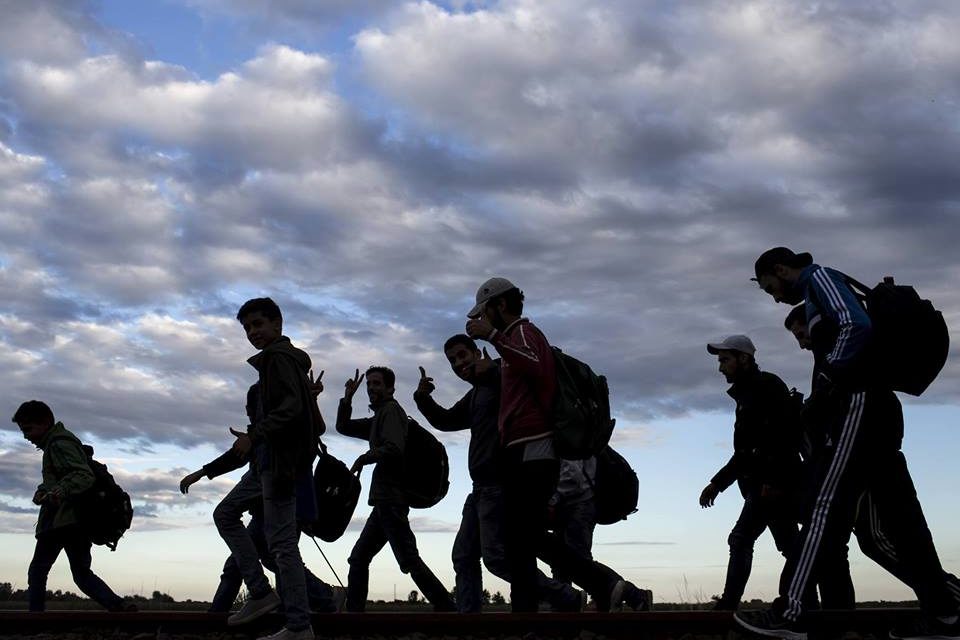 “New Keywords: Migration and Borders” is a collaborative writing project aimed at developing a nexus of terms and concepts that fill-out the contemporary problematic of migration. It moves beyond traditional and critical migration studies by building on cultural studies and post-colonial analyses, and by drawing on a diverse set of longstanding author engagements with migrant movements. The paper is organized in four parts (i) Introduction, (ii) Migration, Knowledge, Politics, (iii) Bordering, and (iv) Migrant Space/Times. The keywords on which we focus are: Migration/Migration Studies; Militant Investigation; Counter-mapping; Border Spectacle; Border Regime; Politics of Protection; Externalization; Migrant Labour; Differential inclusion/exclusion; Migrant struggles; and Subjectivity.

It is remarkable that Raymond Williams, in his landmark work, Keywords: A Vocabulary of Culture and Society (1976), has no entry for either “Migration”/ “Immigration” or “Borders.” Likewise, in the much more recent compilation on New Keywords: A Revised Vocabulary of Culture and Society (2005), edited by Tony Bennett, Lawrence Grossberg, and Meaghan Morris, “border” and “migration” seem to have once again eluded scrutiny. In their Introduction, Bennett, Grossberg, and Morris (2005, p. xxiii) indicate that they had planned to include an entry on “boundaries”, but this did not happen. This is a pity, because boundary and border are words that perfectly meet the two basic criteria mentioned by Raymond Williams (1985, p.15) thirty years earlier: ‘‘they are significant, binding words in certain activities and their interpretation; they are significant, indicative words in certain forms of thought.” New Keywords did respond to a related set of concerns that are crucial to migration studies: sovereignty, diaspora, human rights, mobility, post-colonialism, and race, among others, but each of these keywords, we would argue, nevertheless defines a substantially different (if undoubtedly related) problem-space corresponding to a somewhat distinct sociocultural and historical conjuncture. Hence, the absence of the keywords that we propose here was equally a result of the fact that borders and migration had not yet fully emerged as a problem-space for cultural studies. This is not surprising. The discursive currency of these terms, and much of what has come to be commonplace in popular understandings about borders and migration, is the product of a rather short (global) history. Of course, this is not to disregard the complex historical background for the contemporary prominence of these figures. It is, however, to signal the momentous arrival of Migration and Borders as indispensable conceptual categories for cultural studies today.

In the following pages, we propose to call critical attention to the ever increasing prominence of migration and borders as key figures for apprehending “culture and society” in our contemporary (global) present.

In his classic text, Williams opens his discussion with a reflection on how particular terms and phrases acquire quite discrepant and even contrary meanings over time and across space, such that the same words – and the conceptual categories that they index – can be so variously deployed, from one idiomatic usage to the next, as to appear to no longer refer to the same things. Williams (1985, p.11) remarks:

When we come to say ‘we just don’t speak the same language’ we mean […] that we have different immediate values or different kinds of valuation, or that we are aware, often intangibly, of different formations and distributions of energy and interest.

It was of course part of Williams’ larger project in his Keywords to supply a multi-layered exegesis for the numerous and subtly heterogeneous ways that the same words served a variety of often contradictory analytical purposes or epistemic ends. In this rather more modest endeavor, we will not pursue anything resembling that sort of hermeneutic enterprise. Nonetheless, we do want to affirm the existence here of a different formation and distribution of energy and interest around the thematic of Migration and Borders, distinguished by different immediate values and distinct kinds of valuation. If we appear to be no longer speaking the same language, this indeed is precisely the point.

Hence, we will boldly and unapologetically occupy the lexical and conceptual foreground where these “new” keywords can be established as vital and elementary figures for critical thought and action. Thus, we deliberately propose a variety of formulations of a series of concepts related to the larger thematic of migration and borders as tools for simultaneously deconstructing and reconstituting the very ways that cultural studies scholars can even begin to try to approach this topic. That is to say, we seek to de-sediment the already petrified and domesticated vocabulary that so pervasively circulates around these by-now already banal fixtures of popular discourse and public debate – “migration” and “borders” – in order to expose these keywords for all the unsettling dynamism that they intrinsically ought to convey.

2. EUROPE / CRISIS: NEW KEYWORDS OF “THE CRISIS” IN AND OF “EUROPE”

a) EUROPE / CRISIS: INTRODUCING NEW KEYWORDS OF “THE CRISIS” IN AND OF “EUROPE”

It has become utterly banal to speak of “the crisis” in Europe, even as there have proliferated invocations of a veritable “crisis of Europe” – a putative crisis of the very idea of “Europe.” This project, aimed at formulating New Keywords of “the Crisis” in and of “Europe,” was initiated in the immediate aftermath of the Charlie Hebdo shootings in Paris in January 2015, and has been brought to a necessarily tentative and only partial “completion” in the aftermath of the subsequent massacre in Paris on 13 November 2015. Eerily resembling a kind of uncanny pair of book-ends, these spectacles of “terror” and “security” (De Genova 2011; 2013a) awkwardly seem to frame what otherwise, during the inter- vening several months, has been represented as “the migrant crisis,” or “the refugee crisis,” or more broadly, as a “crisis” of the borders of “Europe.” Of course, for several years, the protracted and enduring ramifications of global economic “crisis” and the concomitant policies of austerity have already been a kind of fixture of European social and political life. Similarly, the events in Paris are simply the most recent and most hyper-mediated occasions for a re-intensification of the ongoing processes of securitization that have been a persistent (if inconstant) mandate of the putative Global War on Terror (De Genova 2010a, 2010c). Hence, this collaborative project of collective authorship emerges from an acute sense of the necessity of rethinking the conceptual and discursive categories that govern borders, migration, and asylum and simultaneously overshadow how scholarship and research on these topics commonly come to recapitulate both these dominant discourses and re-reify them.

As a network of scholars in critical migration and borders studies, we have been particularly concerned to defy the intellectual and political ghettoization of these topics in relation to the ordinarily unquestioned manifold and transversal reality of the multiple “crises” that coexist alongside the purported “migration” or “refugee crisis” in (and of ) “Europe.” How indeed may the “crises” associated with border control and asylum and immigration law enforcement be apprehensible as co-constitutive of what is otherwise so ubiquitously known simply as “the crisis” (the economic crisis), as well as the related “crisis” of “Europe” itself (the political, juridical, and institutional crisis of the European Union, and particularly such “European” institutions as the Schengen zone of passport-free travel that has reconfigured the borders of “Europe” by sustaining an “internal” space of [relatively, albeit differentially] free mobility)? Likewise, this critical angle of vision on “the crisis” in and of “Europe” must be further situated within the context of our global historical moment: the recent and ongoing proliferation of wars, civil wars, military interventions, and neocolonial occupations across the planet in which European powers are and have long been profoundly implicated. This perspective illuminates the dire necessity of radically unsettling any self-satisfied European discourse on “migration” or “refugees” as the de facto human refuse of “crises” constructed to be strictly “external” to the presumed safety and stability of “Europe,” erupting always “elsewhere.” In other words, starting from the dramatic increase in the numbers of people seeking asylum in EU-rope because of the violent convulsions and disruptions of war, but also in light of the preemptive unavailability of any other route for migration to Europe for the vast majority of the world’s population, what is at stake here is a rigorously postcolonial critique of the governmentality of migration and asylum and the misleading opposition between “genuine” or “legitimate” refugees and ostensibly “economic” migrants (Garelli and Tazzioli 2013a; Tazzioli 2013; 2014). These contrivances of the global government of human mobility intersect substantially (and consequentially) with the analytical categories that discipline academic research and scholarship. Furthermore, and related to these intersections surrounding human mobility, this project similarly inquires into how these manifold and interconnected “crises” might signal a larger epistemic crisis regarding some of the central and defining categories of thought and action surrounding the contemporary (postcolonial, post-Cold War, neoliberal) constitution of a place called “Europe.” 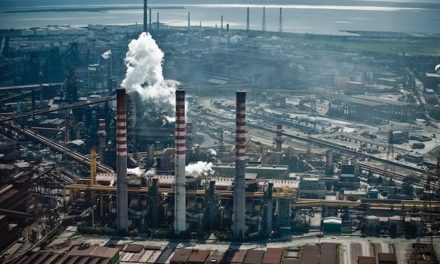 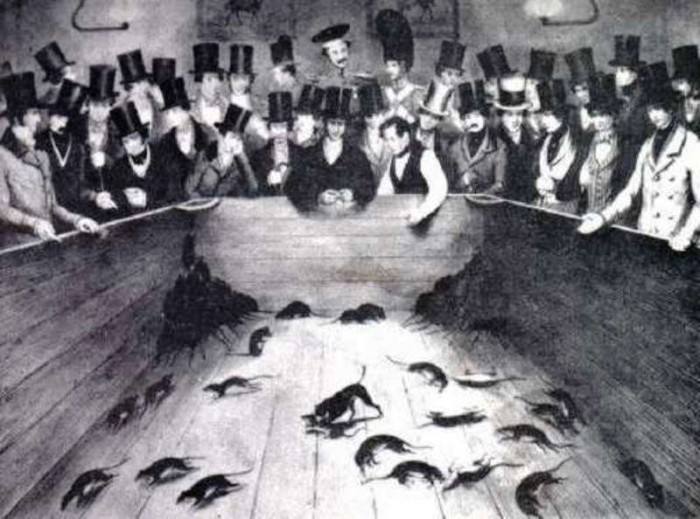 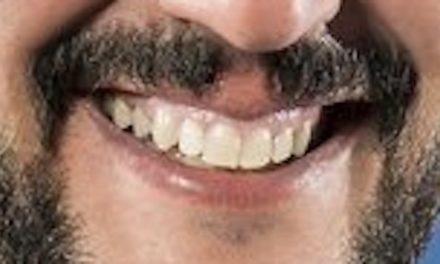 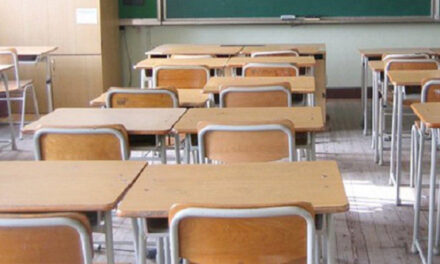