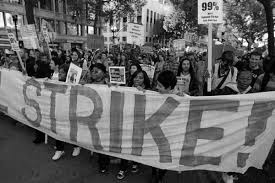 The discussion of “social unionism” (sindacalismo sociale), launched in the Euronomade group by the excellent contribution of Alberto De Nicola and Biagio Quattrocchi and taken up by many others. The discussion within Uninomade has primarily focused on Italian political possibilities and developments. My small contribution here is simply to situate our discussion in the context of propositions and experiences of social unionism or social-movement unionism – I regard the two terms as equivalent – that have developed over the last several decades in the Anglophone world, including South Africa, the UK, and North America.

The conditions that underlie our discussion – both the critique of traditional trade union structures and the conviction that labor organizing must remain a keystone to our political project – are shared with the experiences other national contexts, and recognizing that continuity can help solidify the foundations of our discussion. Equally important, however, is the way this comparison highlights the novelty of our discussion. Most significant, in my view, is the fact that whereas previous usages have posed an external relation or alliance between trade unions and social movements, we are seeking an internal relation that regards labor organizing and social movements as inextricably tied in terms of the modes and objects of struggle.

The locus classicus of social unionism in the Anglophone world is the anti-Apartheid alliance formed in South Africa. In 1985 anti-Apartheid trade unions formed COSATU (Congress of South African Trade Unions), which in 1990 entered into a “tripartite alliance” with the ANC and the South African Communist Party. The alliance served as an umbrella for a wide variety of anti-Apartheid social movements, and served as inspiration for how a trade union organization could foster the developments and actions of social movements. The tripartite alliance continued after the fall of Apartheid in 1994 and after the ANC assumed power. Its character, of course, changed significantly when the trade unions were oriented no longer towards social movements but instead the ruling government.

Today new alliances of social unionism are emerging against the ANC and COSATU, a development that results in part from anger over the 2012 Marikana massacre of striking miners. Early in 2014 NUMSA (the National Union of Metalworkers) broke with the ANC and the Communist Party, critiquing what they consider the Soviet model of demanding allegiance from trade unions. The breakaway union has declared that instead of being faithful to the ruling party it will orient its activities toward social movements, renewing the anti-Apartheid tradition. Some of the social movements engaged are ones that continue the anti-neoliberalism and anti-privatization struggles that have challenged ANC policies for the past decade. (On these developments, see the group of essays edited by Ahmed Veriava, “Reconfigurations on the Left in South Africa” to be published in Spring 2015 in South Atlantic Quarterly.)

The most important and intelligent advocate of social unionism in the United States is Kim Moody. (See, for example, “Towards an International Social-Movement Unionism,” New Left Review, September 1997.) Moody clearly poses the opposition between an alliance between trade union and political party (political unionism) and an alliance between trade union and social movements (social-movement unionism). This shift toward social-movement unionism is aimed at three primary objectives. First, the solid institutional structures of the trade union is hoped to strengthen the social movements: the union’s organizational power can serve as a platform for the struggles of the poor, the precarious, and the unemployed, giving their movements a continuity they would otherwise lack. Second, the alliance is intended to enlarge the social sphere of the trade unions. In Moody’s view, social-movement unionism can extend union struggles beyond wages and the workplace to address all aspects of the life of the working class – to focus the attention of union organizing on the form-of-life of the class. Third, and perhaps most important, the methods of unions could be renovated by this alliance, as the antagonistic dynamics of social movement activism breaks the sclerotic structures of union hierarchies and their worn-out modes of struggle.

One inspiring example of social unionism was the 1997 alliance between Reclaim the Streets and the sacked Liverpool dockers. Reclaim the Streets, which was formed in 1991 and active throughout the long season of alterglobalization movements, often aimed to reclaim a public space by staging a carnevalesque occupation of a street or a highway. After the striking dockworkers in Liverpool refused to cross a picket line and were fired – there were the years of the John Major government – Reclaim the Streets joined their struggle and the alliance was hailed as a renewal of social-movement unionism. Valery Alzaga, in her contribution at Passignano, explained how the SEIU (Service Employees International Union) carries forward this tradition in inspiring ways today.

The tradition of thought and practice of social unionism in the Anglophone world provides some important bases for our discussion. It represents an innovative attempt to bring together economic struggles and political struggles. The standard view in the communist tradition – in the 3rd internationalist streams and well beyond – regards economic and trade union struggles as merely partial and tactic, and thus in need of an alliance with and guidance of the political struggles led by the party, which have a comprehensive and strategic scope. The proposal of social unionism also insists on the need for an alliance between economic and political struggles, but now economic movements link not with a constituted political power but a constituent power, that is, not a party but a social movement, and thus the standard division of assignments of tactics and strategy is scrambled. This is a very suggestive point of departure.

Against this background, however, we can recognize that the discussion in Euronomade is attempting a significant step forward. Instead of proposing, as have all of the experiences I have discussed thus far, an external relation between economic struggles and political struggles (that is, an alliance between trade union and social movement), we conceive social unionism as an internal relation. How is it possible to conceive and enact an internal relation between struggles on the economic terrain and the social / political terrain, the terrain of labor and that of forms-of-life?

I see two avenues that must be developed, and that we are developing, in order to give flesh to this novel conception of social unionism. First, we must understand social unionism in the context of our analyses of the common. David Harvey, in one of his contributions at Passignano, urged us to consider the production of value in a wide frame, well beyond the factory and the workplace, and thus he touched on one aspect of our analysis that stretches back to the 1970s. The city itself is an enormous factory or, more precisely, the metropolis is a space produced in common (looking backward) that serves (looking forward) as the means of production for further creations of the common. Here is the essential point: in capitalist society today, the common names both means of production and the form-of-life. The centrality of the common in capitalist production does not negate the distinction between the economic and the social but it does demonstrate that they are inextricably interwoven such that they are inseparable.

The second avenue of research investigates the extent to which the current international cycles of struggles constitute struggles for the common. The encampments in Tahrir Square, Puerta del sol, and Zuccotti Park, as well as the struggles over transport in Brazil and the Gezi Park movement, were all aimed, at least in part, at making urban space common. They recognized, in other words, that equal and open access to urban space plus collective self-management of the city is a precondition for any possible construction of a new form of democracy. And it is necessary too for any postcapitalist economic relation. These urban struggles for the common together with the common struggles for water rights, electricity, and other resources are the key to developing the concept of social unionism because, in the common, economic struggles and social/political struggles are completely woven together.

The conceptual development on the common and the investigation of struggles for the common thus seem to me two essential avenues for furthering our proposition of social unionism and articulating its innovation with regard to prior uses of the concept. 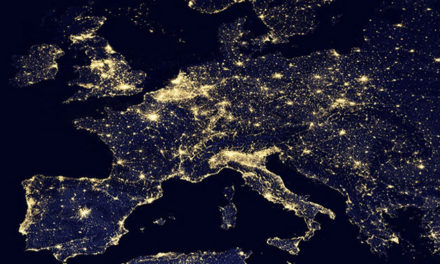 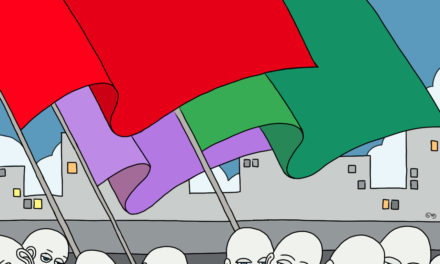 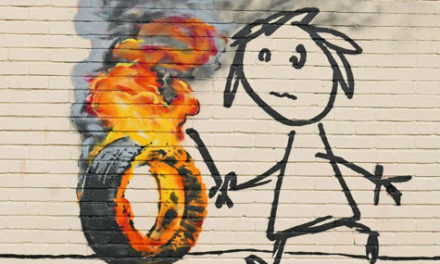 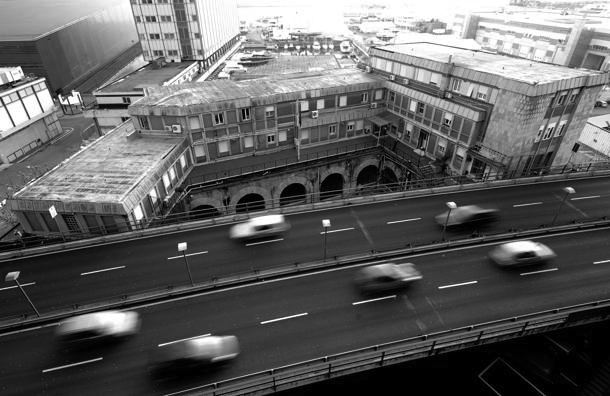