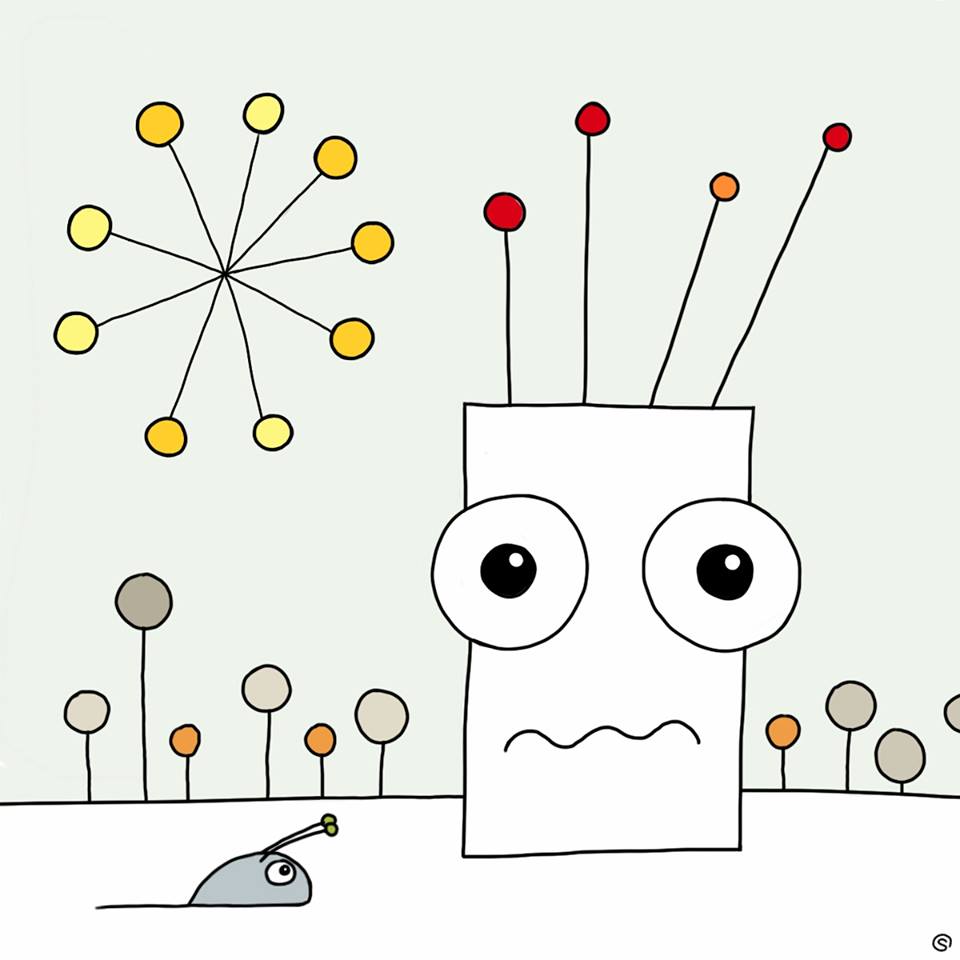 The Socialist Party (Partido Socialista – PS) is now heading the Portuguese government. This is nothing new. Over the course of recent decades this position has alternately been occupied by the centre-right and the centre-left. This time, however, for their government to be approved in parliament, the Portuguese socialists needed the support of parties to their left, viz. the Left Bloc (Bloco de Esquerda – BE) and the Portuguese Communist Party (Partido Comunista Português – PCP). What to expect from this new political reality? Setting out from an overview of the political-party system from the time Portugal joined the then EEC (European Economic Community), this article examines the difficulties and potential for success of a government which had made austerity its main enemy. Pessimism of the intellect, optimism of the will.

From European integration to the current crisis

Tiago Brandão Rodrigues is 38 years old. A few years ago, he managed to benefit from a juncture when the Portuguese scientific research system was expanding. During the early 21st century, grants were not as scarce as they are today and Tiago obtained state funding which enabled him to obtain his PhD in biochemistry at the University of Coimbra. He later joined Cambridge University, where he was a prominent researcher until very recently. Nowadays, he is Portugal’s Minister for Education. In mid-2015, he accepted an invitation to head the election list of the PS in a constituency in Northern Portugal. António Costa, the head of the PS and the current prime minister, cited his case as a “guarantee and pledge” that if the socialists formed the government they would give priority to investments in science.

“Science”, “education”, “knowledge”, “technology” and “innovation” have for some time now been key elements of the socialist narrative of Portugal’s future. During the ten years of the PSD government (1985-1995), which coincided with the initial phase of Portugal’s integration into the EEC (1986), faith in the country’s economic development resulted, for example, in a growth in road infrastructure, with the creation of a wide network of highways (160 km in 1984, 687 km in 1995). The following PS governments continued this ambitious development but strongly emphasised the need to also build what the so-called knowledge and innovation infrastructures. In the 1995 legislative elections, which gave rise to a cycle of socialist government which extended until 2002, one of the slogans of the PS’ campaign was a “passion for education”. Later, in 2005, when a new period of PS government began, which lasted until 2011, the motto of the Portuguese socialists was the promise of a “technological shock”. This was how – once again in keeping with European policies, such as the Lisbon Agenda (2000) – the Portuguese economy would be able to become competitive. The strategy of low wages, going along with a labour force deemed to have limited qualifications, was considered to be even more inconsistent insofar as Asian economies had arrived on the global markets in full force.

Analysing this kind of discourse partially helps to shed light on the ideological elasticity of the PS in the context of political cultures in Portugal. “Science”, “education”, “knowledge”, “technology” and “innovation” are key words which make it possible to open the vault guarding the secret of the country’s economic modernisation, a secret that is often considered to be held by the right wing governments. But the same words also open the chest of memories containing some of the progressive tradition of the left, a tradition nurtured by Republican praises of “public schools” or by the cries of alarm of an anti-fascist trend which has made a cause of “defending culture”. In other words, over the last three decades, the PS and PSD fuelled and have been fuelled by the belief that development was Portugal’s destiny; and that this destiny was so much closer insofar as it was the hallmark of a Europe in which Portugal had definitively established itself. What separated them from each other was the vision of the path of development to be followed. The idea of Portugal as a nation built of concrete, a caricature of the development policies of the right wing governments in power between 1985 and 1995, was challenged by the socialist image of a nation refreshed by its most qualified sectors, an image giving visibility to the promises of a post-industrial economy in which the hope of development lies in incorporating scientific-technological knowledge into goods and their production process.

In the last four years, however, the difference between the PS and the PSD no longer lied in the fact that they envisaged different pathways for development. Throughout the Troika period, it was almost as though the sense of inevitability has been reversed within the discourse of the Portuguese right. While the right leaning government which ruled between 1985 and 1995 celebrated the inevitability of national progress, the rightist government which has just been defeated spent much of its time sustaining the idea that the living standards of Portugal’s population would inevitably have to decline.

The parliamentary agreement between the PS, PCP and BE was created to oppose this idea. Its core focus is to restore the wage levels and social benefits which had been in effect before austerity. The question being asked by many people in Portugal nowadays is whether such an agreement is viable. In this regard, the new government has been affirming again and again that the anti-austerity measures it aims to implement can contribute towards the country’s economic development to such an extent that the restoration of wages, pensions and social benefits would be financially sustainable. In this we can see a simple and classic Keynesian argument: public social expenditure is also a form of State investment to dynamise the economy through consumption. The political credibility of this argument is far greater insofar as the new government manages to demonstrate that the inverse logic – austerity as a solution for the deficit – has failed. And, if the government led by António Costa simultaneously manages to resume the discourse on education, science and qualifications which has been the hallmark of Portuguese socialists, it could well be that the promise of a future increase in the Portuguese economy’s international competitiveness turns out to be more popular.

In the meanwhile, it is likely that all this will prove to be insufficient…

Is the agreement doable?

Pressured, on the one hand, by the PCP’s and BE’s steady opposition to austerity policies and, on the other hand, by the right, which insistently highlighted the failure of the Syriza government as proof of the inevitability of austerity, the PS went to the last October’s legislative elections with a programme which sought to attenuate austerity without conflicting with the policies which have been determined by European institutions. This programme was deemed to be contradictory and was thus denounced by both left and right. Perhaps this was why the PS’ electoral results were far below expectations (32%). Not only did the right win more votes (37%), even after four years of countless austerity policies, but parties to the left of the PS also made gains: the BE obtained a 10.19% share and the CDU, a coalition devised by the PCP, got 8.25% of votes.

After the elections, with the PS having opted to head a government supported by the PCP and BE, to the detriment of approving a government headed by the right, one could have expected this impending contradiction to be avoided. However, if the incorporation of PCP and BE proposals significantly accentuated the anti-austerity tone of the new government’s programme, the Portuguese socialists simultaneously reaffirmed their traditional stance of conforming to European directives, in order to calm the Portuguese rightist President but also Portuguese banks and the so-called international markets. And, in their turn, the PCP and BE somewhat acquiesced with this compliance, as the texts of the agreements they have signed with the PS openly disregarded any critical positions on Portugal’s integration within the Eurozone.

Well, as it has been pointed out by the right, but also by some commentators on the left, namely Francisco Louçã, the former leader of BE, it is rather doubtful whether the current parliamentary agreement between the left parties has the necessary conditions for success within the budgetary constraints which have been progressively imposed by European institutions. And this is without even mentioning the possibility of Portuguese interest rate rising again in current international circumstances. These external difficulties are further compounded by the fact that the new government’s capacity for political mobilisation is limited at various levels. At the electoral level, we must acknowledge that the PS was not the party which received the largest share of votes in the elections; this is a relevant fact in a country in which for years the PSD and PS habitually managed parliamentary elections as if they were elections to choose the future prime minister of Portugal. At the level of media coverage, Portuguese socialists have lost some of the influence they once had, and the political and economic agenda is now overwhelmingly dominated by the right, while at the same time alternative media are nearly inexistent. Last but not the least, from the point of view of movements, while it is true that major anti-austerity demonstrations were held in Portugal, they did not result in new social and political movements like the 15-M or Barcelona en Comú.

It’s true that, along with the support of the PCP, the new government may also benefit from the sympathy of the main trade union organizations, namely CGTP. And it is quite suggestive that the agreement between the left turns wages and pensions not just into its main focus but rather its sole condition in practice. However, while the importance of trade unions in Portugal should not be underestimated, it is likewise true that the trade union movement has found it difficult to become an aggregating basis for dynamics which go beyond the interests of labour and, within this, the public sector. For instance, the only parliamentary party that stands for Unconditional Basic Income in Portugal is the recently formed PAN (People, Animals, Nature). They have obtained 1,39% and one seat in October’s elections.

What is to be done?

In this context, one could risk affirming that the new government’s future depends on two things.

Firstly, on the transformation of the European economic policies. And for this transformation to be a less remote possibility it would help if the Portuguese Left sought to reach a creative synthesis between the PS’ acritical pro-Europe stance and the anti-Euro criticism yielded by the PCP and by the BE. As an alternative to this, it is also possible to stay still and hope. Hope, on the one hand, that Europe’s situation changes thanks to the efforts of other national governments – and after the Greeks “failed”, expectations could now be focused on a possible new left wing government in Spain. And hope, on the other hand, that the new Portuguese government, as part of the European socialist family, garners greater international sympathy than the Greek government did.

Secondly, for the sake of the new government, it may be crucial the rising of the level of political mobilisation and social antagonism in Portuguese society. It is true that this may work as a perfect excuse for the next Portuguese president (elections in January and the odds favouring a victory of the rightist candidate) to dissolve parliament. But it may also prove to work as a basis for the strengthening of the new government.  An increase in social antagonism may afford the new government with the opportunity of establishing the parliamentary agreement sustaining it as the new centre of Portuguese politics. On the left, many of us have grown used to thinking of popular mobilisation as a necessary condition for the emergence of a government which is the protagonist of effective political changes. Can the opposite also prove to be the case?

Schengen: suicidio a due velocità