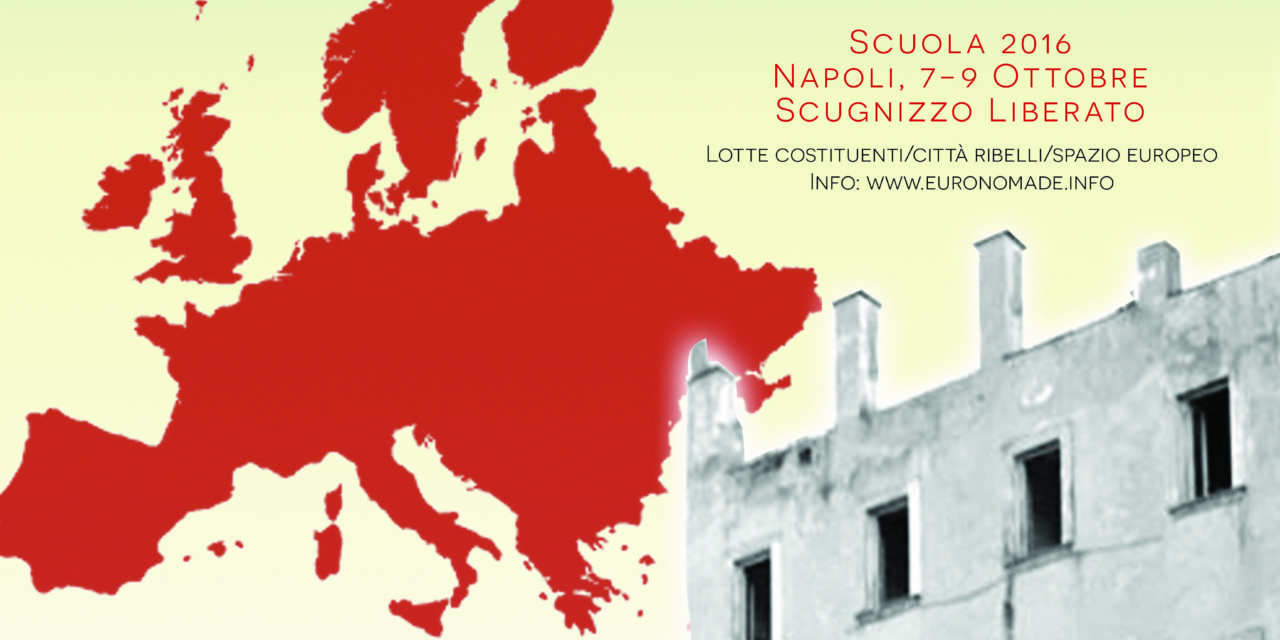 Introduction to the first day of EuroNomade School 2016 – Friday, October 7th in Naples

EuroNomade network has always emphasized the need to seize the European space in order to rethink the practices of social movement and the left as well as to collectively write a program of radical transformation capable to effectively target and challenge contemporary capitalism. Our discussion in Naples will consequently aim at taking stock of the current state of things regarding the European question.

The first day of our meeting (Friday, October 7th) will be entirely devoted to this topic. We plan to divide the day into two separate moments. The first one will be a workshop with the participation of comrades coming from Greece, Austria, Germany, and Spain. The second one will be a roundtable discussion between the EuroNomade collective and Xavi Ferrer from Barcelona en Comú.

The background of our discussion will be the current predicament and multiple crisis of the European Union, more than one year after the “deal” of July 13th, 2015 with the Greek government, three months after the UK referendum and while the crisis of the European border regime initiated by the “summer of migration” in 2015 is far from being over. The European élites and technocracies do not seem to have a plan to address these multiple crisis, which threaten the very continuity of the European integration process. This is particularly apparent once we consider the level of economic and social policies, where the ongoing emphasis on austerity is in a way even neutralizing the effects of the expansive monetary policy of the European Central Bank. But also looking at the “emergency management” of the crisis of the border regime it is clear that no “grand design” is in sight, with catastrophic implications not only for hundred of thousands of migrants and refugees but also for the international politics of the European Union and in particular for its position regarding the war in Syria (due to the “deal” with Turkey).

It is in this situation that European policies nurture the rise of old and new forces of the right across the whole continent. We are convinced that the claim for national sovereignty that constitutes the unifying thread of the political discourse of the right in the current European conjuncture is largely rhetorical. As the situation in the UK after the referendum demonstrates, even a victory of the nationalist right in specific countries would simply imply a new negotiation of the position of those countries within a global space that is densely structured by the action of regulating agencies, among them the European ones. What we see emerging from the increasing political influence of the nationalist right (and already reflected in the shifting positions of center-right and center-left parties and governments in several European countries) are new combinations of nationalism and neoliberalism, with a further hardening of social hierarchies and a further restriction of spaces of freedom, whose burden is particularly (but not only) carried by migrants and “foreigners”.

In front of this situation we are convinced that there is no space for an exit from the crisis from the left at the national scale in Europe. The multiple positions within the European left that support a “Lexit” strategy do not seem to take into account two fundamental aspects of the current conjuncture. Firstly, the national level is rhetorically and politically occupied by the right. Secondly, and more importantly, there is no possibility to use the nation state in this part of the world as an effective leverage to produce a real rupture with the continuity of neoliberalism and austerity, opening up the space for the implementation of a radical program of transformation under the sign of freedom and equality. This does not mean that the national level must be “abandoned”. But it does mean that it has to be politically re-invented within a project that aims on the one hand at occupying and transforming the European institutions (inventing new ones if necessary) and on the other hand at experimenting with new forms of counter-power – for instance within “rebel cities” (that will be the topic of our meeting in Naples on Saturday, October 8th, and with which the roundtable with Barcelona en Comú will bridge). Spain is a crucial site of political experimentation from this point of view.

While we want to discuss with you this political diagnosis of the present European conjuncture, we also intend to deepen our understanding of what it means to organize a political action at the European level. Our workshop in Naples can be an important site of debate on such an important experience as the one of Blockupy, in which many of us participate. Which were the successes and the limits of that experience? Which is, more generally, the potential of grassroots networking within the European space? Which is the immediate outlook of Blockupy? Which campaigns, which initiatives are urgently needed in Europe nowadays? And which kind of relationship is it possible and necessary to imagine between the networking of social movements at the European level and such diverse projects as DiEM 25 and the mobilisation which is in preparation against the G.20 Summit next July 2017 in Hamburg?

We definitely want to address these questions in Naples. At the same time we also want to discuss the European dimension of a subversive and radically transformative politics from the angle of specific movements and experiences that do not directly express themselves at the European level. To make just two important examples: firstly, is there a directly European dimension in the experiences of such important “rebel cities” as Barcelona and Naples? Which tools, which political language, which forms of action do we need in order to multiply this European “value” and to spread it across the continent, to address both other cities and – in an antagonistic relationship – the European institutions themselves? And secondly: what about such a powerful social movement as the one of last spring in France? Although that movement has remained confined within the borders of a single nation state, it is clearly struggling against a “jobs act” whose “rationality” is clearly connected to the continuity of neoliberalism and austerity at the European level. Are there ways to develop this European moment in the French social movement that go beyond the (absolutely necessary) networking and political communication at the grassroots level, that among other things led to the organization of the “Transnational Social Strike” meeting next October 21st to 23rd?

It is by addressing these questions that we hope our meeting in Naples will be an important moment of discussion about the perspectives and political tasks of social movements and the left in Europe next year. Needless to say, we are sure that it will produce more questions and we look forward to hearing and discussing them with everybody is coming. 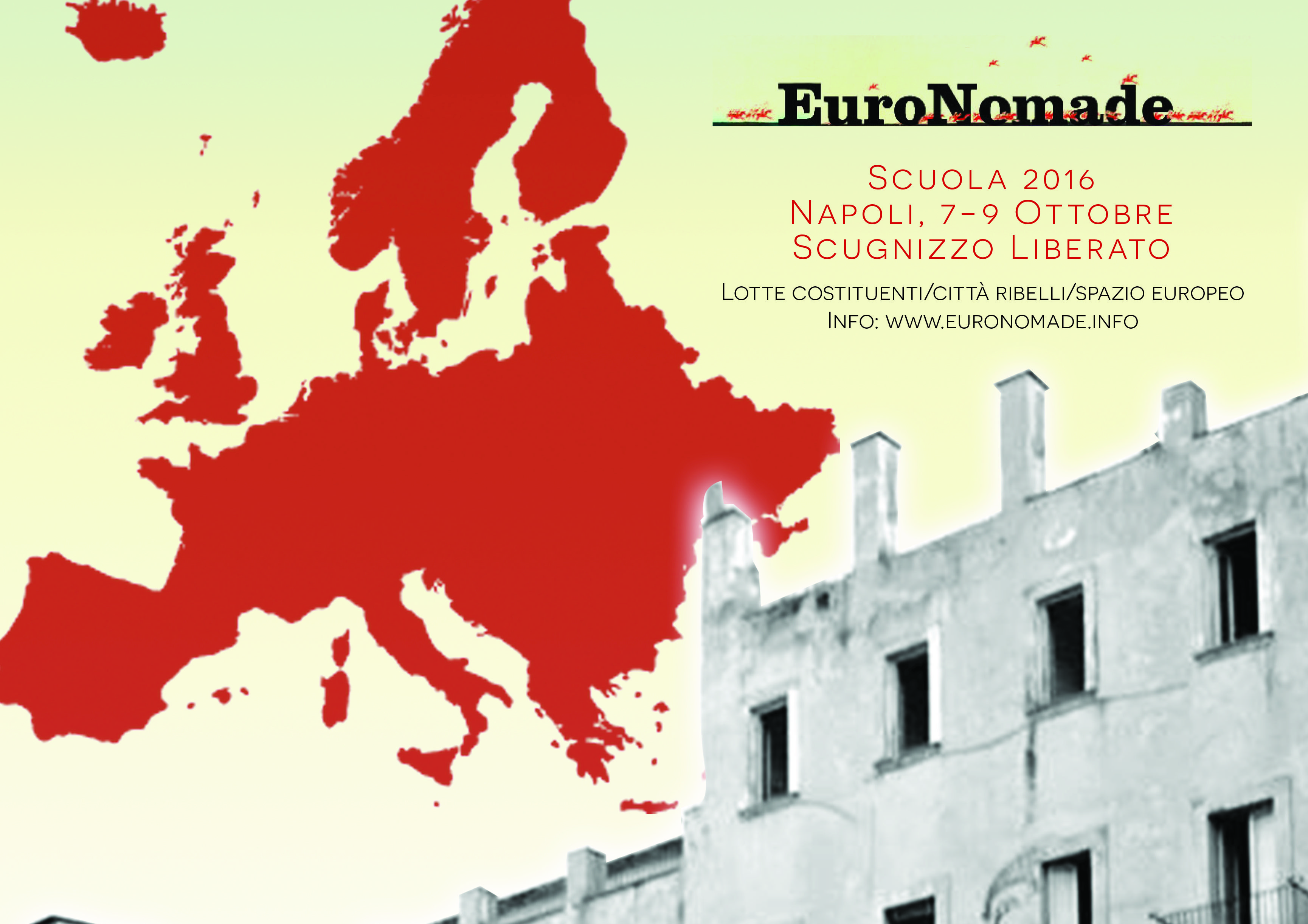 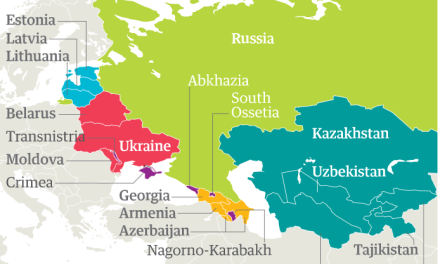 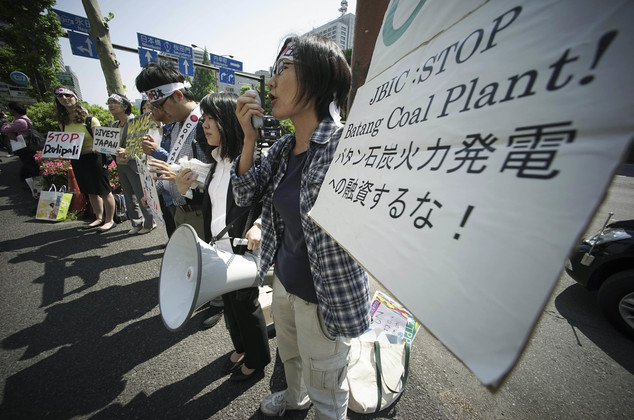 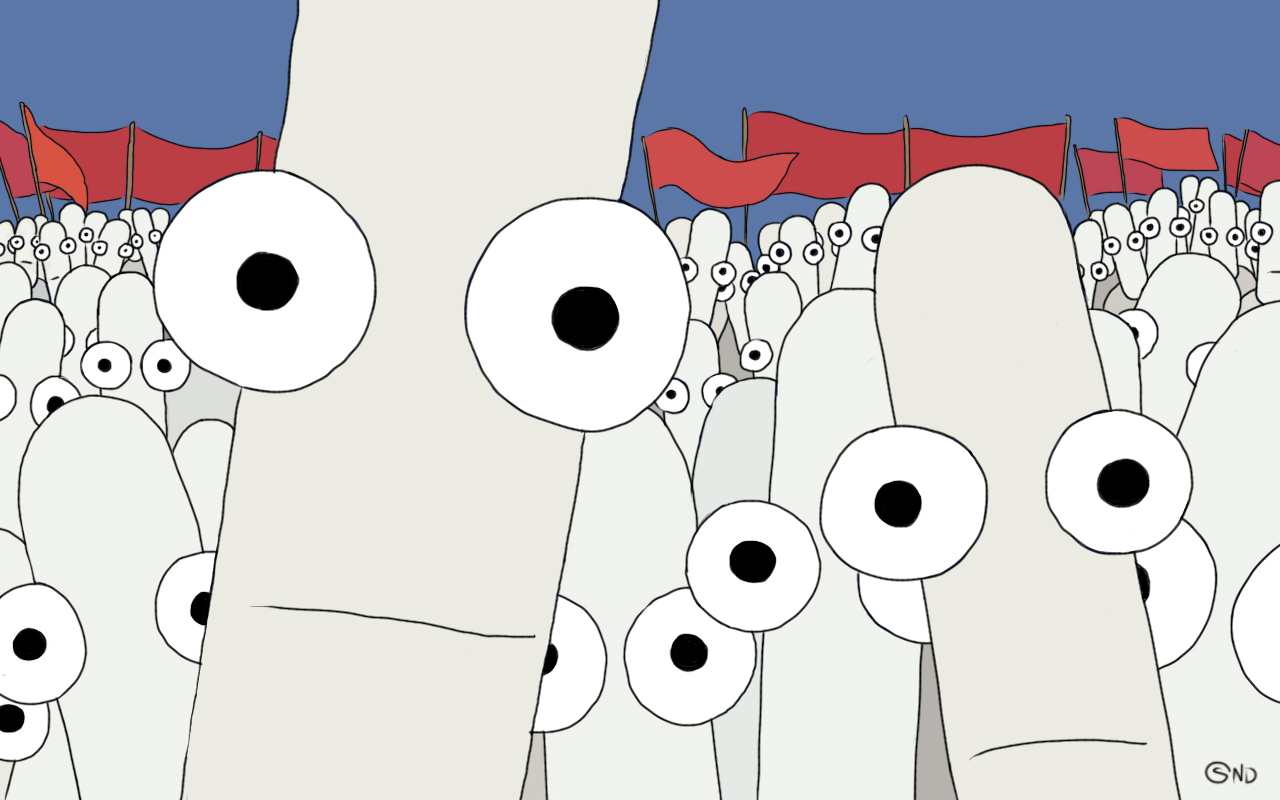 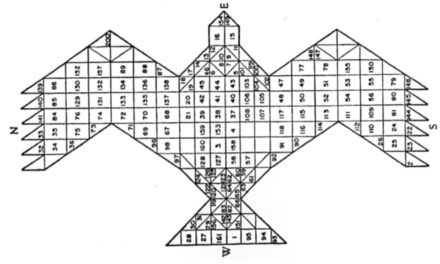 Three Thousand Years of Algorithmic Rituals. The Emergence of AI from the Computation of Space